Riding in a Helicopter: 33 left to go

I don't remember why I decided that riding in a helicopter was such an interesting thing to do. I mean, I do think it's interesting: not many people have ridden in one, it seems slightly dangerous, and flying is generally awesome, particularly when you are low to the ground. Whatever the reason was, though, it made it into my 35 by 35 list, and so it was going to happen.

At some point, I read the list to my mother, and she mentioned that in Myrtle Beach they had billboards for a $20 helicopter ride (NB: I am not promoting that service, they just have the billboards). Why not go as a family? That particular trip, time and weather didn't permit and the idea got put on the back burner for later. Also, the service linked above offers $20 rides per person for a 2 mile ride. Not very impressive, but relatively cheap nonetheless.

A month or two later, I get a call from Moms, who informs me that she was at a benefit for the excellent Smith Medical Clinic, a free clinic in Pawleys Island, SC. Part of the benefit was a silent auction, one of the prizes was a helicopter ride for 3, and she had won the prize! She didn't really have any details about it aside from someone to call to schedule the ride, but it sounded great and we planned on going while my girlfriend and I were in town for our annual trip down for the Fourth of July. We called and scheduled it, weather permitting, for the Monday following the 4th (and what ended up as the day after my beer mile).

The morning of, the weather looked great so Mom, Cassie, and I headed into Georgetown to the address provided. We didn't know exactly what to expect, but were thinking it would be something geared toward leisure - we were wrong. The address turned out to be headquarters of Rotor Blade, a company that specializes in, among other things, trimming the trees along power lines using a 30-foot-long saw hanging from a helicopter. At the location in Georgetown, they also manufacture the blades. Seriously, go check out the videos on their site, it's crazy stuff! We spoke with the person at the desk in the office and she told us that our pilot, Dee Haddock, wasn't around yet. It turns out that Dee is one of the founders of Rotor Blade, though he is also a recreational pilot, and he and his wife donated the flight to the silent auction.

After a few minutes, Dee showed up. He introduced himself and asked where we'd like to go. At this point, I was still thinking it'd be a short flight akin to the one described above, and I suggested we fly out over Winyah Bay. Dee chuckled and said that we were practically already over Winyah Bay, and that he'd just fly us around some. We crossed the street to the Georgetown airport, and Dee met us there with the helicopter, a Robinson R44. 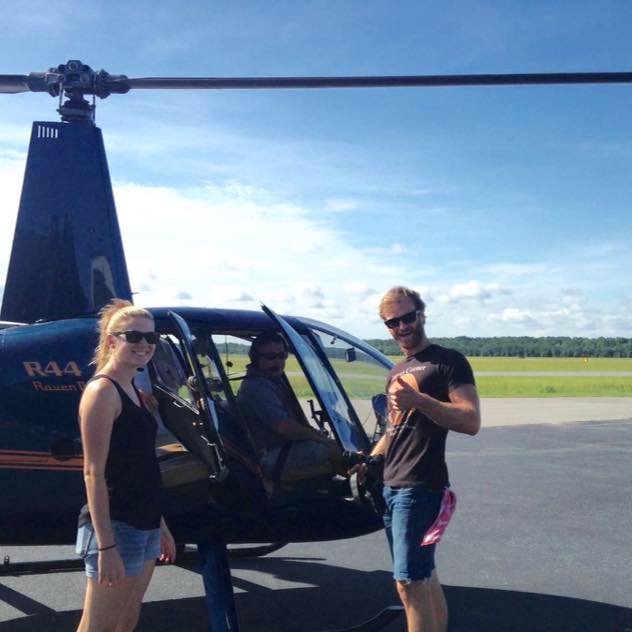 We loaded up in the helicopter and took off. The ride was much smoother than I had imagined, both during takeoff and overall. We flew up over the airfield and then into Winyah Bay, an extensive estuary where several rivers meet the Atlantic. Dee pointed out old rice paddies, now used mainly for hunting or overgrown entirely. 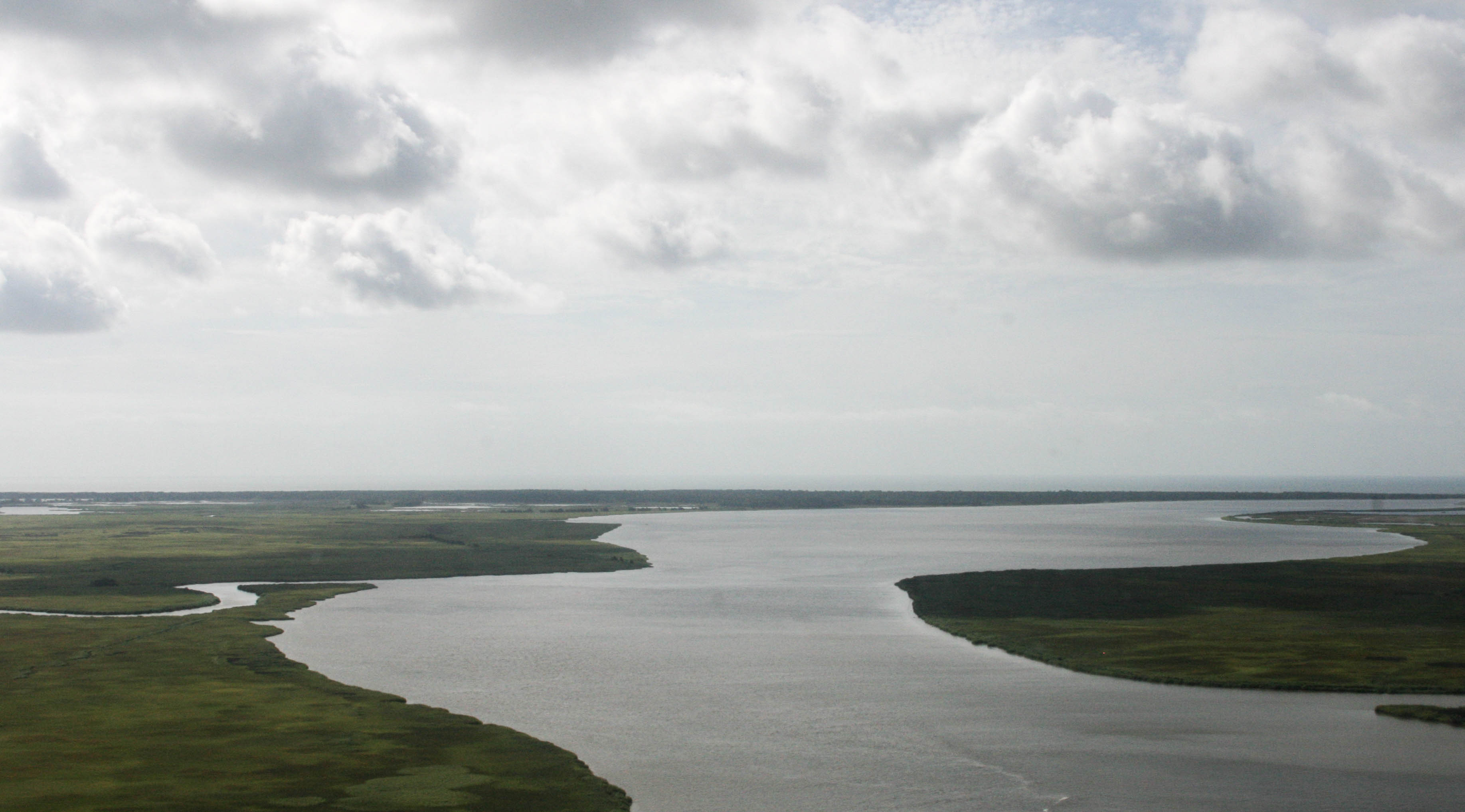 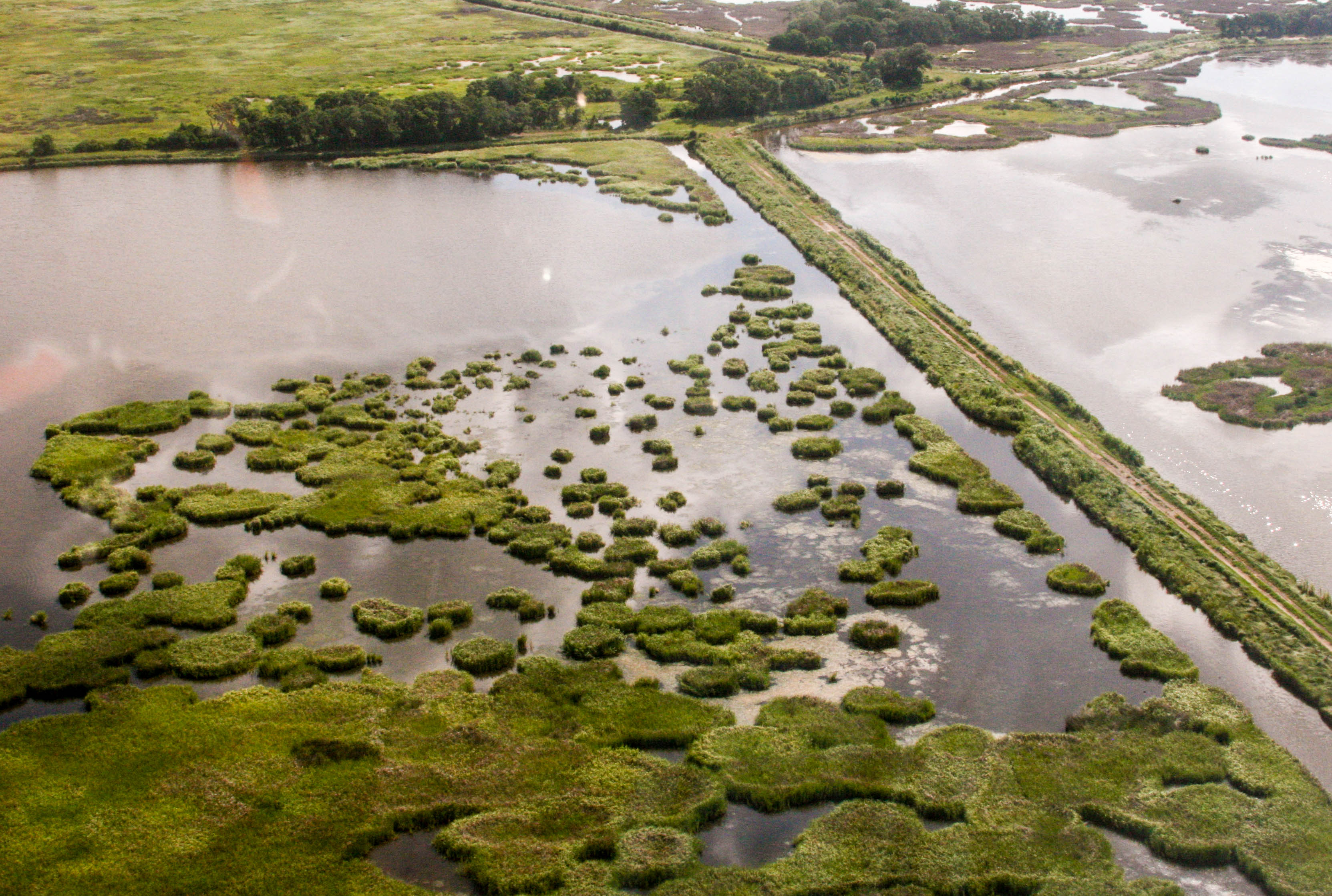 We followed the bay out to the ocean then cut south, following the coastline. We saw a nature preserve that is an important sea turtle nesting area. Dee told us about how wild hogs were introduced to the island decades ago for hunting and now pose a threat to the turtles. He and his brother flew a helicopter there and killed several of the invasive hogs. It's unclear to me whether they were shooting from the helicopter or not, but pretty cool. 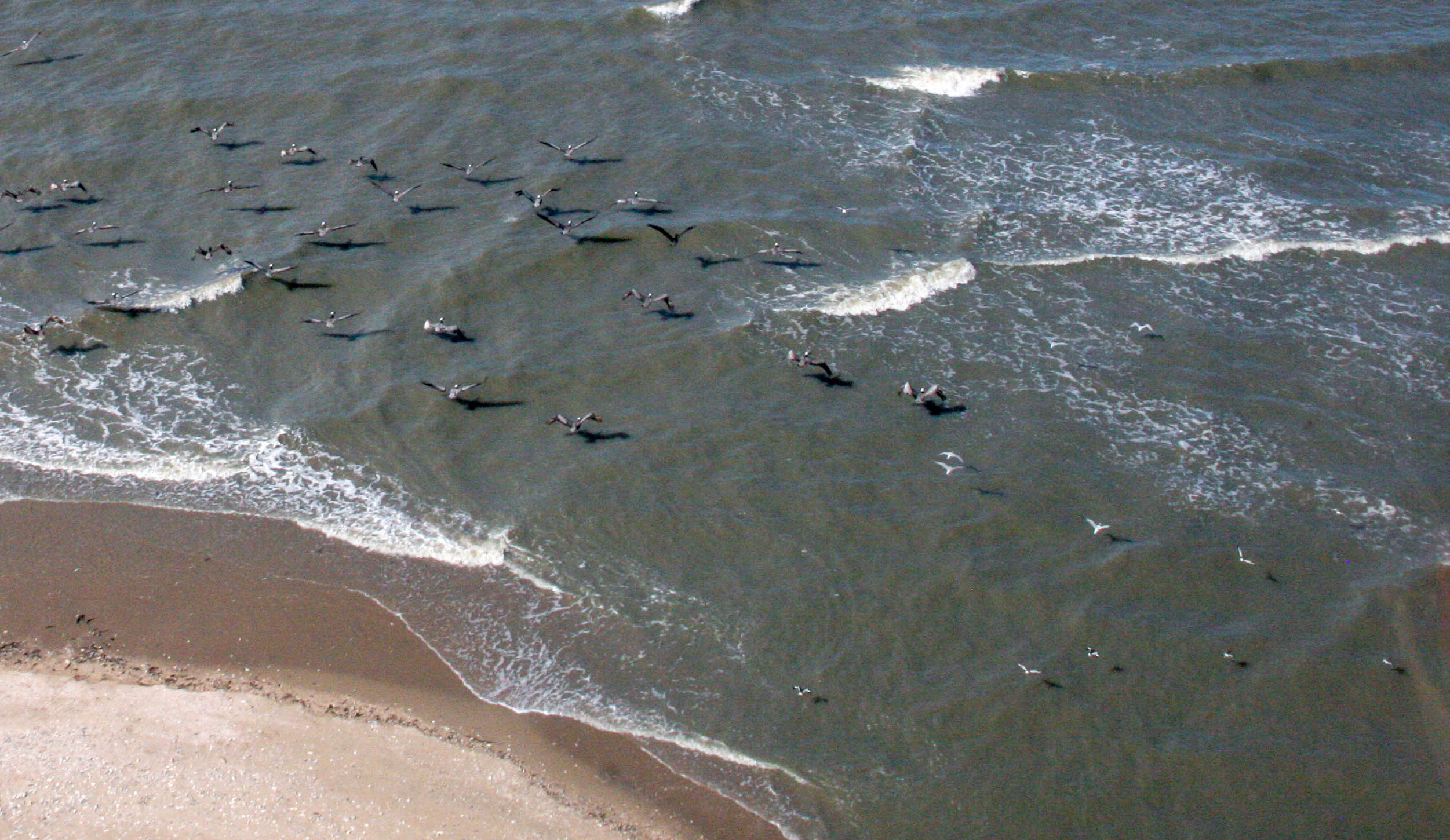 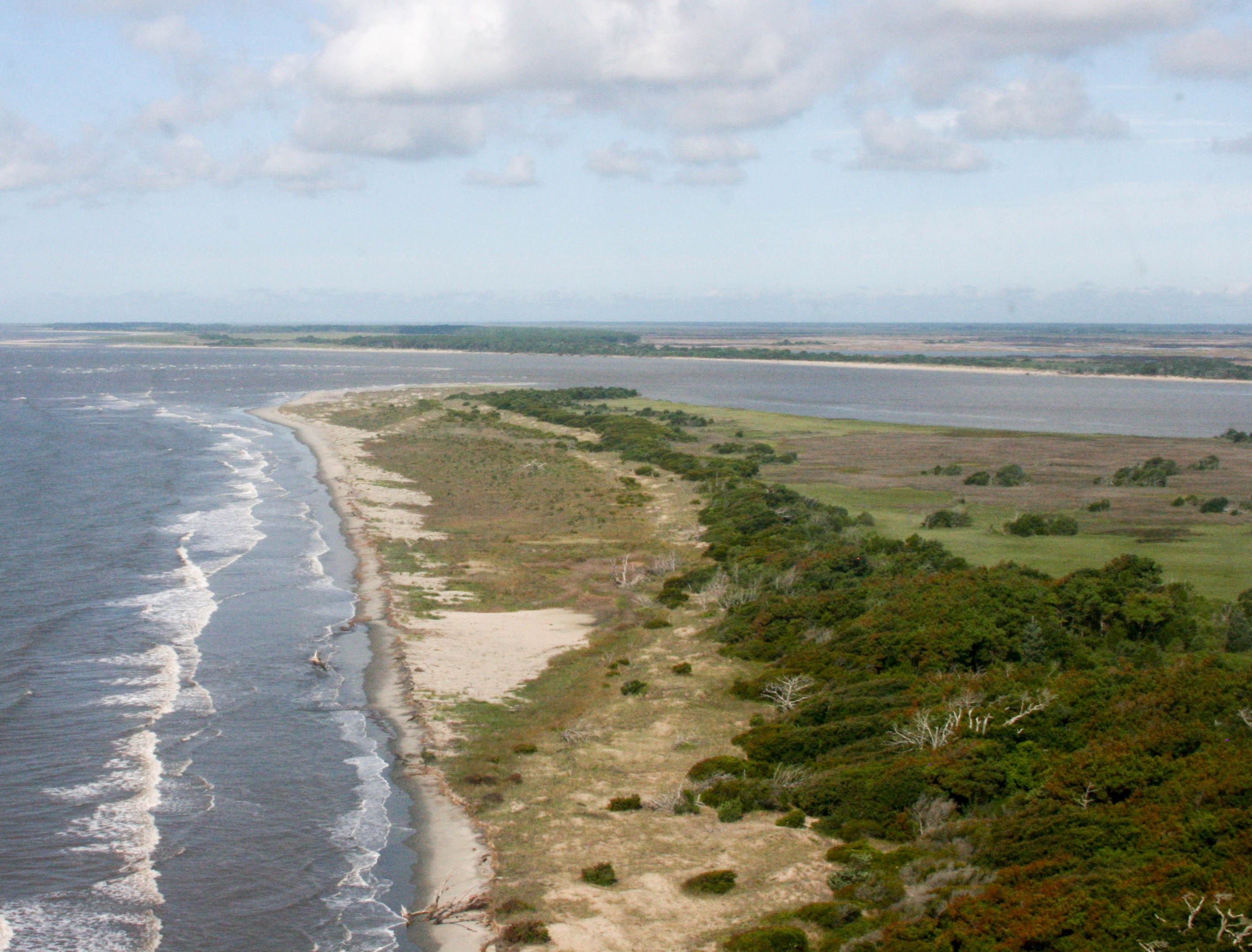 After a short while, we cut back west over the Muddy Bay area and the estuaries. We flew all the way down to McClellanville, marked by the lighthouse and cut up into the mouth of the inlet there. 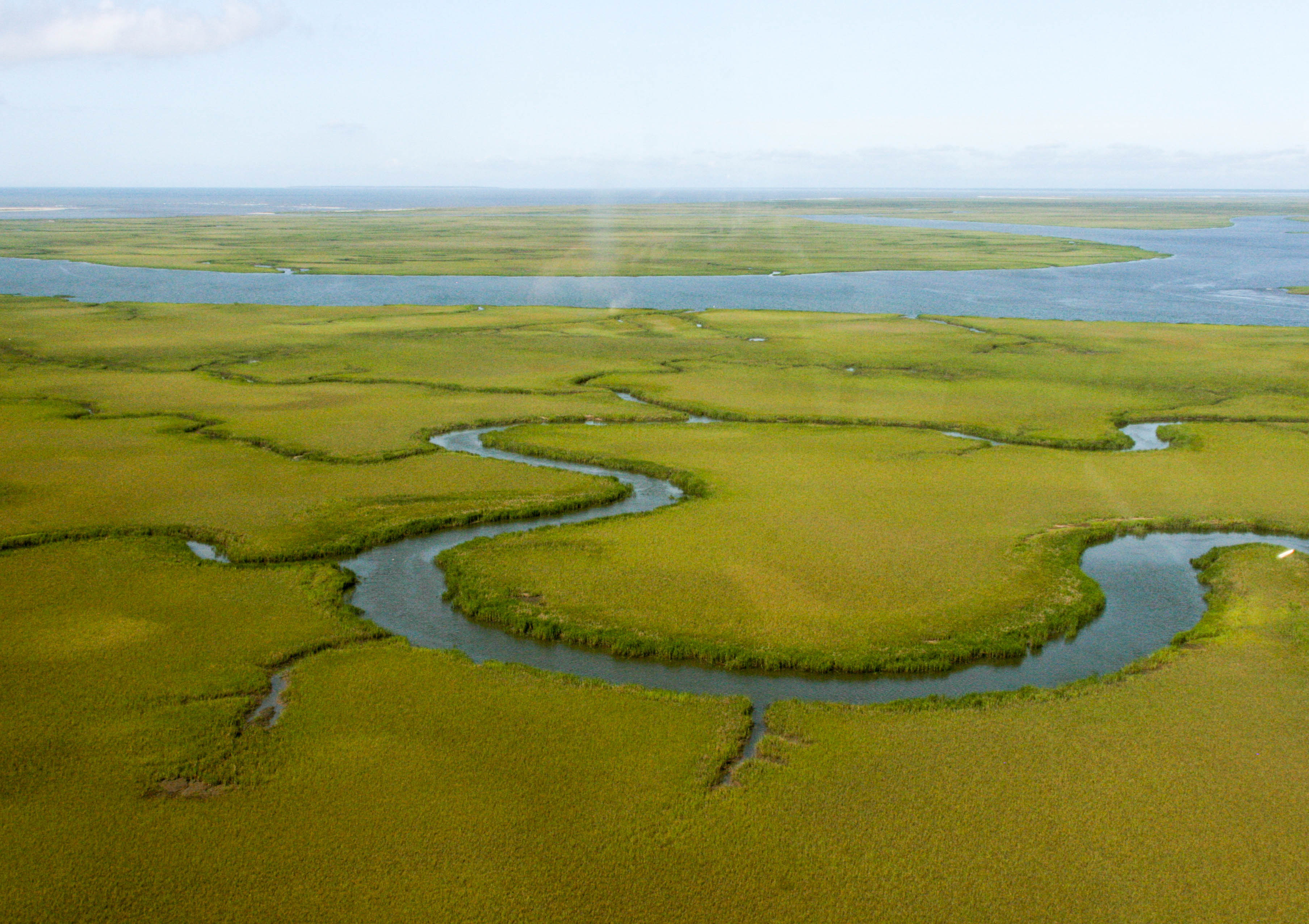 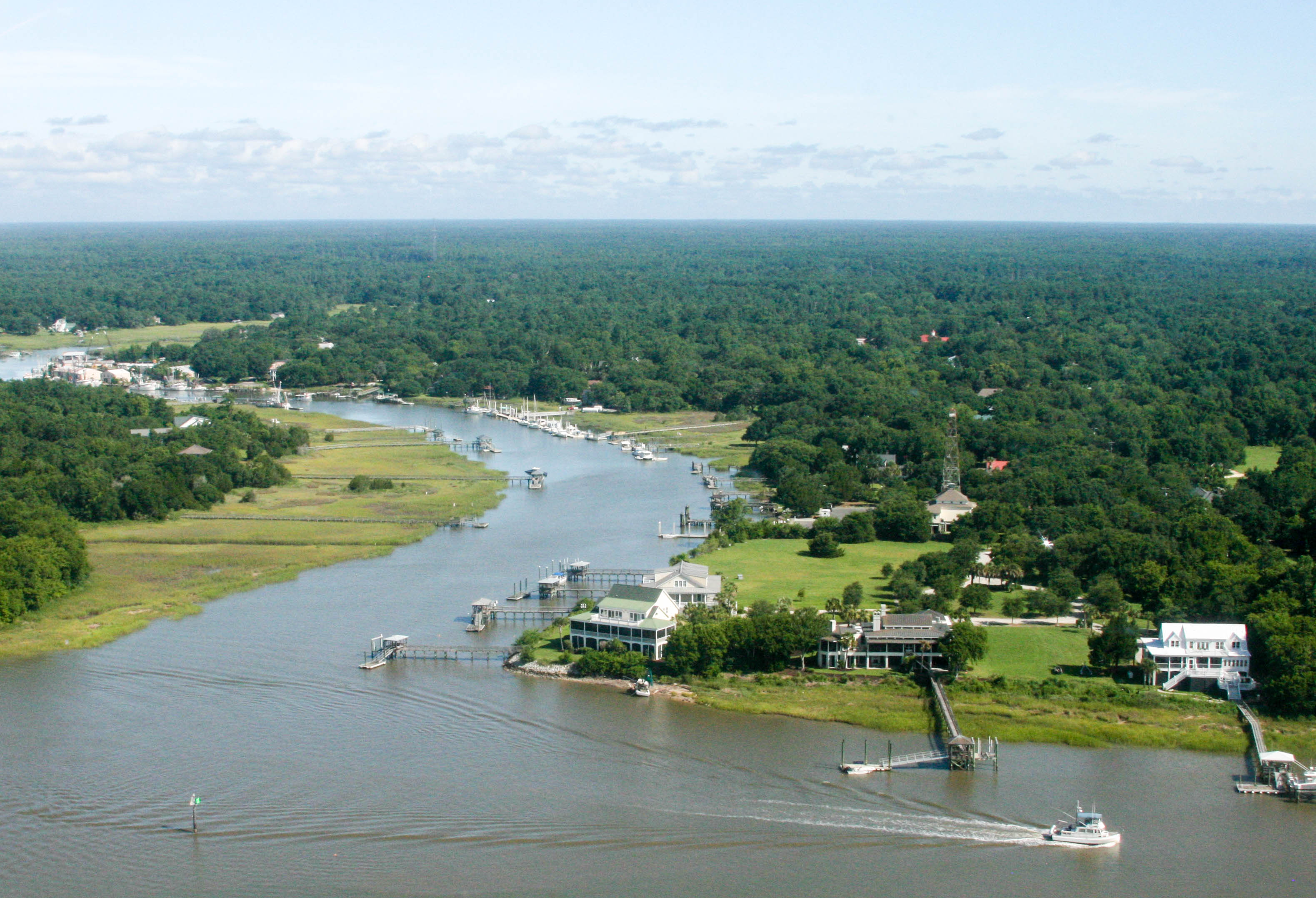 From McClellanville, we turned around and headed back across the estuaries, up to Winyah bay and then north along the ocean, through Debordieu and up into my hometown, Pawleys Island. We flew over my parents house, over Dee's house, over my childhood house, and over the river before heading back to the airstrip 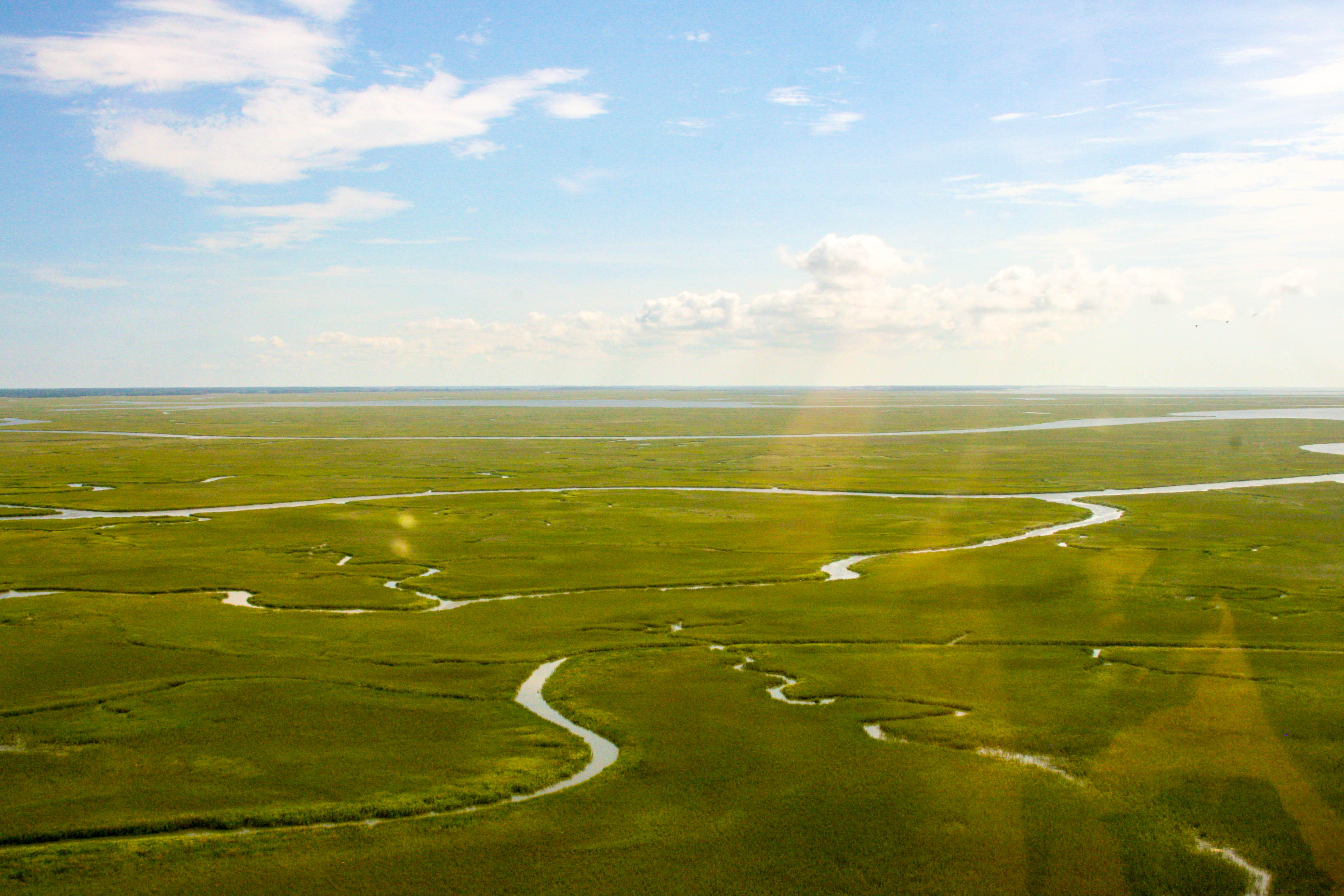 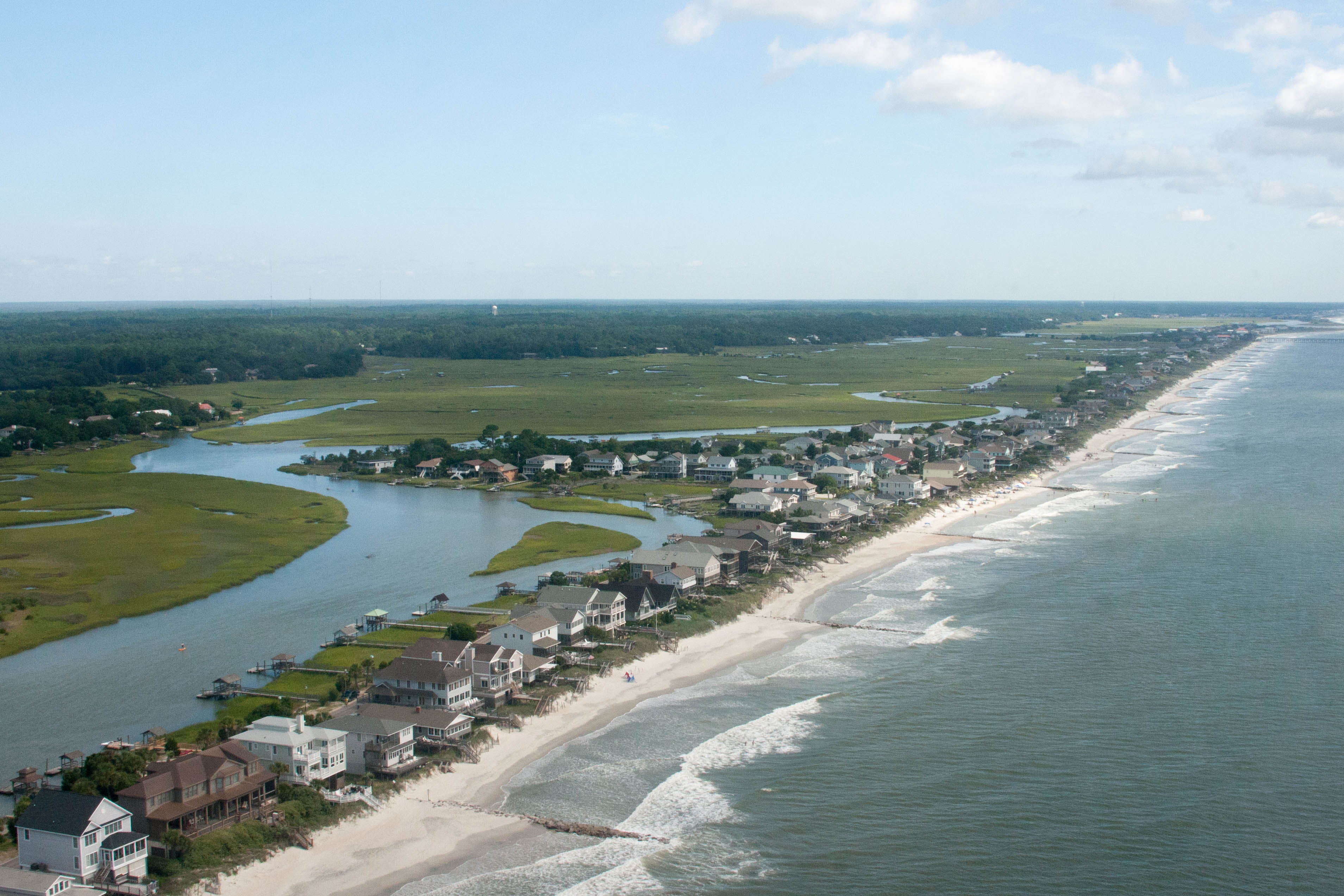 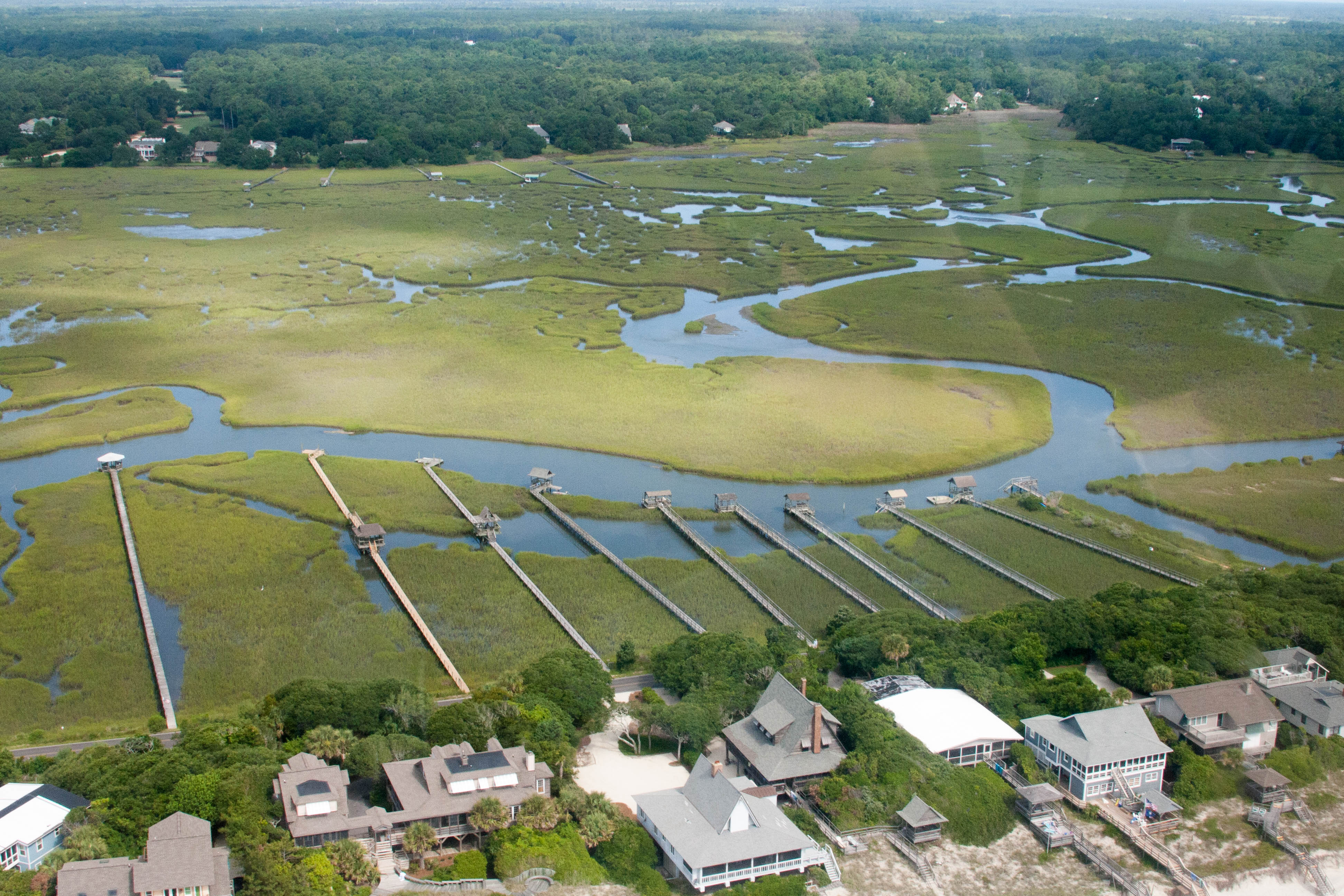 All told, we were airborne for well over an hour and flew close to 100 miles. It was an amazing experience, and if you get the opportunity to do something similar, jump at it. Thanks to my mother and to Dee for giving me the opportunity, and thanks to Cassie for enduring an hour of motion sickness to experience it with me. This ride marked my second on my list of 35 things, only 33 to go!